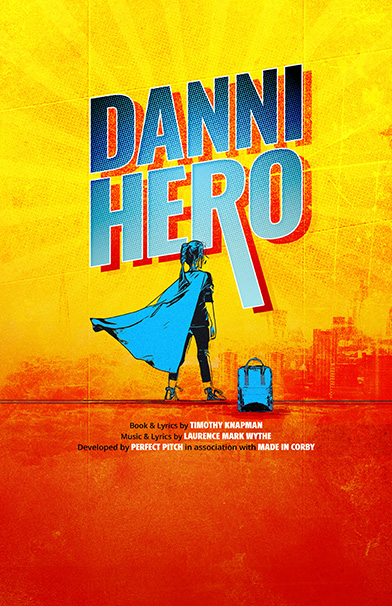 Book and Lyrics by Timothy Knapman

Commissioned by Made in Corby

Danni McIntyre lives with her mum in a provincial town that has a great industrial past and an uncertain future.

But where Danni truly lives is in her head – in a wonderful fantasy world where she is a powerful superhero, sent to Earth from outer space to defend the human race and fight for all that is true and just.

When a charismatic businessman turns up, promising to revitalise the town and bring it new prosperity, almost everyone is taken in – but not Danni.  She tries to show them the truth, but her words and actions are twisted by her enemies until she stands alone against the forces of darkness.  Can Danni find the strength to become the hero she’s always dreamed of being?